In recent times, when women are being subjected to sexual violence and are repeatedly dismissed due to the fear of society, some have taken advantage of the cause to willingly charge men of rape, either to extort money or to procure revenge. Such cases become a carb for the media to vilify women as liars, perpetrators, and greedy exploiters, rendering actual rape survivors helpless. It is indeed a failed system that doesn’t provide justice to both men and women and has taken the lives of three altogether. The credibility of a rape victim/falsely accused is questioned, while the society and the social media mob act as petty jurists to criminalize anybody without accountability or consequences.

Harry was in a relationship with a woman named Fareen who allegedly extorted the net amount of 7lakhs and split up. When Harry asked for the money, she denied paying him and filed a false rape case against him. Harry, unable to bear the harassment, committed suicide.

A seventeen-year-old lad from Gurugram fell prey to the incident revolving Bois locker room that came to surface in March 2020. The former was accused of sexual assault by a minor girl in the basement of her apartment complex two years back during the ongoing #metoo movement. Apparently, the victim had deleted all of her messages and never came forward. The accused in turn was repeatedly harassed on social media. Manav jumped from the balcony of his flat, 11th floor of the Carlton estate residential complex. Rishi Singh, Manav’s brother said, ‘She didn’t repent for a second what she wrote which not only led to a young kid’s demise but also shattered his family’s life.’ He also said that the accusations made on him were wholly related to another incident and not the #BoisLockerRoom and compelled him to take such drastic steps.

Aman Baisla, a 22-year-old businessman who hailed from Delhi started working with Neha Jindal two years ago, who later became his business partner. In 2019, Neha started working with Hariyanvi singer, Sumit Goswami. Aman before hanging himself uploaded six clips on Instagram and a 35-minute video on Facebook where he alleges that his former partner had initially borrowed 2.5 lakhs and later 5 lakhs for her mother’s treatment. She again asked for another 5 lakhs, but this time for Sumit’s father. To substantiate her demands, she even sent medical reports of his father. When Aman asked to return the amount, the latter along with Sunil threatened him, accused Aman of rape, and demanded an additional amount of ten lakhs. On September 29, when Aman didn’t return home, his family members to their shock, found him hanging in his office cabin. He was rushed immediately to the hospital but declared dead on arrival. 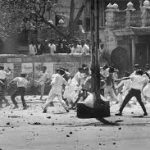 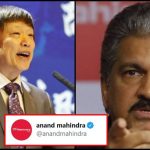