In a shocking incident, 11 people have been arrested by the Kerala police for destroying Subramaniam temple in the Thrikkadeeri, Palakkad district of the State. The goons arrested had also reportedly attacked BJP and RSS workers.

As per reports, the accused also includes the committee members of CPI(M) in the area. The party workers have now been booked for creating enmity between communities and hurting religious sentiments. Visuals from the CCTV footage showed goons, who were celebrating outside temple premises, stealing money and damaging the temple property including lamps and festoons.

According to the CCTV visuals accessed by Republic TV,  the alleged CPI(M) goons traveling in an auto vehicle rammed against the wall of the BJP leader’s house.

During the attack, the goons were seen hurling petrol bombs at the RSS office. They also destroyed the water taps which were constructed by Seva Bharati to provide clean drinking water to the people in the local community.

In the recently concluded local body elections, the BJP party won the election with a full majority. Following their victory, the Communist Party of India (Marxist) has carried out violent attacks in the State. While speaking about the incident, BJP spokesperson Tom Vadakkhan has slammed the incident as a ‘polarising campaign’ of the Left in the State.

It is to be noted that the BJP retained the municipality after winning 28 of the 52 wards. CPIM’s onslaught against the BJP comes after the party made inroads in Kerala, with 13.28% votes, through Trivandrum corporation and Palakkad municipality. BJP has also won seats in Kannur and Kasargod, thereby creating a situation of panic for the incumbent Communist party.

DISCLAIMER: The above information is sourced from Republic World website. The Youth does not guarantee a 100% accuracy of the given data. 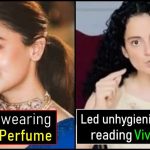 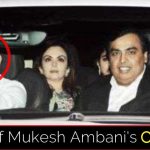