According to government sources, “The deal is for supplying four Swathi Weapon Locating Radars developed by the Defence Research and Development Organisation (DRDO) and manufactured by the Bharat Electronics Limited (BEL) to Armenia in Europe,”

This deal will ultimately boost the ‘Make in India’ program launched by Prime Minister Narendra Modi. Ever since ‘Make in India’ was launched by the Prime Minister Shri Narendra Modi, India’s defence exports have increased seven-fold in the last two years from Rs 1,521 crore in 2016-17 to Rs 10,745 crore in 2018-19. The central government has set a defence export target of Rs 35,000 crore by 2024-25.

It can detect up to 60 targets at a time like shells, mortars fired from various locations within a 50-km radius. It is currently being used by the Army in Jammu & Kashmir to detect and track incoming artillery and rocket fire from Pakistani positions. It was handed over to the Indian Army for trials in 2018.

This defence deal will pave the way for India to sign more defence deals with countries across the globe as India’s weapons are much cheaper than its rivals which attract other countries to procure it.

Defense Research and Development Organization (DRDO) scientists never cease to amaze us with interesting discoveries as they think beyond human imagination. Our scientists have achieved a major milestone in the field of technology. This is the reason why they are praised for being smart in their approach. 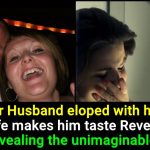 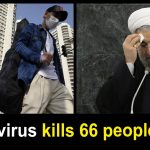