Prime Minister Narendra Modi’s popularity is not hidden from anyone. He is one of the widely respected leaders in the world. According to a survey, he was named 2019’s most admired man in India. Mr. Modi has a massive fan following not just in India but across the world too.

Such a case of Modi’s popularity has emerged from Mainpuri, Uttar Pradesh where an old woman has decided to give her 12-bigha land to PM Modi. Impressed with the Prime Minister’s work and his government’s welfare schemes, the 85-year-old Bittan Devi has made up her mind to donate her entire land of 12 bighas to the prime minister.

A video has surfaced on social media wherein the old lady can be seen saying that she wants to donate her 12-bigha land to PM Modi for all the good work that he has done.

Bittan Devi, a widow, is dependent on her three sons and their respective wives for her upkeep. But they do not take care of her, they instead harass her. Therefore, Devi met an advocate Krishn Pratap Singh with the desire of giving all her properties to Prime Minister Modi and she stunned everyone by her decision.

Bittan Devi is a resident of Chitayan village in the Kishni police station area and from Mainpuri, Uttar Pradesh. She says that Modi ji has overcome all her problems and now she is receiving pension, ration and Kisan Samman Nidhi amount every month.

“Modi gives me money. He gives me a pension of Rs 2000. Therefore, I will give my 12 bigha land to Modi ji,” said Devi when asked about her fondness for the Prime Minister.

A video of a woman from Bihar went viral last month, in which she was talking about the schemes provided by the Modi government. When the woman was asked by the reporter what she would say for NDA, she counted several schemes that benefited her. PM Modi had mentioned the woman’s name in a speech that he had given in Chapra, Bihar before the Bihar assembly elections. 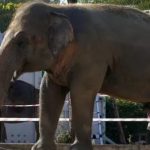 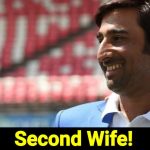