Besides being rich, cricketers have a philanthropic attitude, which hardly many are aware of. We praise them for their personal achievements during the match. But they do contribute to the less-unfortunate people behind the scenes.

In a heartwarming gesture, Krunal Pandya who is the brother of Hardik Pandya stepped up to provide timely assistance to former India cricketer Jacob Martin who has been in a critical condition after he met with an accident on December 28. The victim was in desperate need of help as he could not meet the financial expenses of the medical treatment.

The 46-year-old Jacob Martin has been on a ventilator after ‘suffering lung and liver injuries’, after which Martin’s wife appealed to India’s governing body BCCI for help. Thankfully, the board acted promptly and sanctioned Rs 5 lakh for Martin’s treatment.

After that, Krunal Pandya has offered a blank cheque to the Martin family, requesting them to withdraw cash as much as they need to meet the expenses. The cricketer left the cheque with former Baroda Cricket Association secretary Sanjay Patel, who was one of the first to step forward in Martin’s assistance. The Association has sanctioned a sum of Rs 3 lakh.

Sourav Ganguly, who was skipper of the Indian cricket team when Martin made his debut, also made a bank transfer to support Martin.

It has been learnt that the approximate cost of Martin’s treatment is Rs 70,000 a day. Many cricketers including Irfan and Yusuf Pathan, Munaf Patel and Zaheer Khan have stepped forward to help Martin.

As per a report in The Telegraph, Krunal Pandya said to Patel that the family could write down any amount on the cheque as long as it is not less than Rs. 1 lakh.

People on Social media showered praise on Krunal Pandya and other cricketers who came forward in Jacob Martin’s aid. 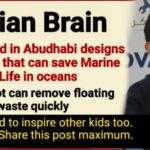 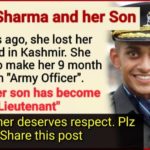