Afghanistan cricket team captain Asghar Afghan recently surprised everyone when he got engaged. This is going to be his second marriage and with this, he is all set to start a new chapter of his life.

Afghan, who is currently the captain in all three formats of the game, is recognised as one of the best cricketers of his country. The middle order batsman has represented Afghanistan in 111 ODIs, 69 T20Is and 4 Tests with remarkable success. In ODIs, he has scored 2356 runs at an average of 24.54 and in T20Is, he has made 1248 runs at an average of 21.15. In the four Test matches that he has played, he has 249 runs scored at an average of 35.57. He is also a medium fast bowler who has often helped his team with some decent bowling spells.

Afghan, who was first named as captain in 2015, has led in 104 international matches across formats, winning 69 of them. However, in April 2019, just before the ICC World Cup, the Afghanistan Cricket Board (ACB) had replaced him with Gulbadin Naib as the captain of the side. The move proved too costly to the team as they lost all of their matches in the tournament.

Following the debacle, Rashid Khan, the young spinner, was then handed over the reins of all formats. This too did not work well. Even Nabi and Rashid had been vocal in their criticism of the board’s decision.

Finally, in December last year, Afghan was once again handed over the captaincy for all three formats. He was leading his side on the tour to India in March in which Ireland had also participated. 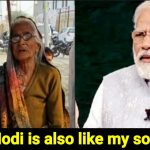 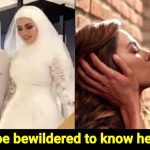