Bangladesh all-rounder Shakib Al Hasan was on the receiving end of abuses after attending Kolkata Puja. Some fans were not happy as they criticised the cricketer for attending the inauguration ceremony of a Kali Puja mandap. Meanwhile, a man crossed his limits to give a death threat to Shakib Al Hasan.

According to Dhaka Tribune, Bangladesh police had arrested the man who threatened to kill the cricketer for inaugurating the Kali Puja. After being subjected to hate and criticism across all quarters of his country, Shakib Al Hasan has issued an apology for hurting sentiments. As per Dhaka Tribune, Shakib had visited Kolkata’s Kakurgachi to mark his presence at the inaugural ceremony of a Kali Puja mandap.

Nonetheless, this did not go well with his fans who started attacking him online. “I want to start by saying I am a proud Muslim and try to practice religion properly. There will be mistakes and that is part of life. I apologize if I have made a mistake and apologize if I have hurt your sentiment,” Dhaka Tribune quoted Shakib Al Hasan as saying in a video.

Earlier, media outlets had falsely reported that Shakib inaugurated the Puja. However, the cricketer in his video conceded that he flew to Kolkata for a felicitation program on behalf of the authority of that area.

Moreover, Trinamool Congress MLA Paresh Paul, who was the main initiator to a Kali Puja stage in Kolkata, denied that the cricketer inaugurated the puja. “I want to make this clear. Shakib did not inaugurate our puja at all. We did not even invite him to inaugurate the puja. When we heard that he was coming to visit Kolkata, we wanted him to visit our puja stage once as a guest,” Paul added.

Paul had stated: “After the puja was inaugurated, he simply got up on our stage and gave a short speech to the audience. Earlier, we brought him to the Puja premises in a horse-drawn carriage with due respect of a guest.” 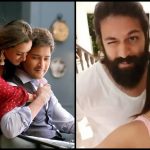 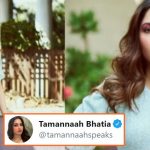