List of 15 Gorgeous wives of South Indian actors, deets inside

South Indian industry has become the most popular film industry in India. With the biggest hits including Baahubali and Super Deluxe many Tamil and Telugu films have won hearts. Be it comedy, romance, or action, South Indian films have steered their way through perfection and success.

However, the story of Tollywood celebrity couples remains unknown to many of their fans. Have a read below.

The beautiful Sneha Reddy, daughter of Kanchrla Chandrashekhar Reddy, Chairman of the Scient Institute of Technology, married Allu Arjun on 6 March 2011. They now have a son Ally Ayan and a daughter Allu Arha.

Femina Miss India 1993 Namrata is a popular actress and model. She met Mahesh Babu on the sets of Vamsi (2000) and got married after five years after their meeting on 10 February 2005.

Rana Daggubati, from Baahubali, had set his eyes on Miheeka Bajaj and eventually took nuptial vows on August 8, 2020, in a traditional ceremony at Ramanaidu Studios in Hyderabad.

Arya met Sayyeshaa met on the sets of Ghajinikanth and made their relationship publicly official on Valentine’s Day. They tied the knot on 10 Mar 2019.

Ramcharan after the release of Magadheera became a huge success. He later married the gorgeous Upasana Kamineni on 14 June 2012.

Akkineni got separated from his first wife in 1990 but did not lose hope in love. Later, he married Amala Akkineni on 11 Jun 1992 and is quite happy together.

Naga Chaitanya And Samantha are quite young and pair perfectly in Tollywood. The couple officially got married on 7 October 2017.

Nani met Anjana via a common friend and started to feel for each other. The friendship turned into marriage on 27 Oct 2012. They are proud parents to a son, Arjun Ghanta.

The couple first met on the sets of the TV serial Nandagokula. Their dating rumors started doing the rounds after they shot Mr & Mrs. Ramchari. Yash and Radhika took wedding vows on 9 Dec 2016. 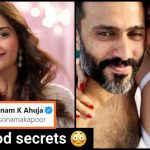 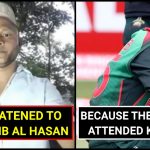