In shocking news, a 28-year-old woman was kidnapped on gunpoint after which she was gang-raped by four men. The incident that happened on April 17 came to light on Sunday after the victim approached the Binauli police station Baghpat, UP to lodge a police complaint.

As per the complaint filed by the victim, a Gurugram-based embryologist and research scholar, she had gone to a mall in Gurugram in order to meet a girl whom she had befriended on Facebook.

She alleged that she was kidnapped at gunpoint by four men, including her friend from outside the shopping mall and was then taken to spot in Baraut in UP.

It was when she was allegedly made to dance semi-nude and then taken to the house of one of the culprits where they took turns to rape her.

The victim was subjected to abuse the whole night by the men, who in the morning dropped her back at the place where they abducted her.

The crime came to view only days later after the woman approached the police station on Sunday. In her complaint, she mentioned four people- her Facebook friend Vipin Tomar, his friends Ashish Balyan, Taranjit and Amit Munjal.

According to her complaint, an FIR has been filed against the four under IPC sections 376D (Gangrape), 363 (Kidnapping), 328 (causing hurt by means of poison) and 504 (Intentional insult with intent to provoke breach of peace).

Two of the accused namely Vipin and Ashish have been arrested while the other two are on the run. 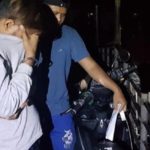 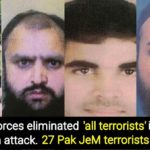