The renowned singer Anuradha Paudwal is known for her melodious voice. The playback singer made millions of people go crazy with her voice. Apart from Bollywood hits, she has sung many devotional songs. Born on 27 October 1952 in Karwar in the state of Karnataka, Anuradha was among the most successful singers during the 1990s.

Anuradha Paudwal made her singing debut at the age of 19 by singing a Sanskrit shloka in the film Abhimaan in 1973. She got her first major break as a playback singer with the song Aap Beati of the film titled Kalicharan in 1976. Anuradha Paudwal was often called “The Next Lata Mangeshkar”. The popular music composer of that time, O.P.Nayyar said that Lata was over and Anuradha had replaced her.

Anuradha fell in love with Arun Paudwal when she was a teen. Her father, however, did not agree with their marriage initially because of Arun’s connection with the music industry, as show business was considered as a taboo. She finally got married to Arun Paudwal at the age of 17 and Arun was 10 years elder to her. The couple had a son named Aditya Paudwal and a daughter named Kavita Paudwal, who is also a singer.

Arun was an assistant to musician SD Burman. Anuradha Paudwal was at the pinnacle of her career in the nineties, around the same time that her husband Arun died in an accident. Now, the son, Aditya Paudwal, who was also a bhajan singer like her mother, lost his life. According to reports, Aditya had been suffering from kidney disease. His death had left her in a state of shock.

Anuradha Paudwal’s career has not been as easy as it seems. She faced many ups and downs throughout her career. The singer decided to quit bollywood songs and moved to singing devotional songs. Her decision to quit singing for films came as a surprise for many but Anuradha says nobody was privy to her idea. The National Award-winning singer has been conferred with Padma Shri.

“I have been devotionally oriented right from the beginning. I feel a lot of peace when I start singing bhajans. It has to do with my temperament,” Anuradha said.

It was Gulshan Kumar, the founder of T-Series, who gave her first break in Bollywood and he wanted her to be the next Lata Mangeshkar in the industry. While Anuradha had touched the peak by singing some chartbuster songs, her alleged affair with Gulshan had caught everyone’s attention. The news spread across the industry like wildfire.

While every music composer and director had wanted to work with Anuradha Paudwal back then, she had announced her decision of working with only Gulshan Kumar i.e., T-Series in the media. While Gulshan had supported Anuradha in her career, she had made a soft corner for him in her heart. In 1997, Gulshan was assassinated outside the Jeeteshwar Mahadev Mandir, Mumbai after he was shot 16 times. The tragic demise of Gulshan had shattered Anuradha. 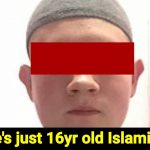 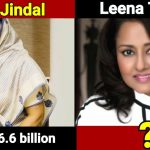