Amid the ongoing coronavirus outbreak, here is good news to give Kanika Kapoor’s fans a sigh of relief. Bollywood famous singer Kanika Kapoor has recovered from COVID-19 after a three-week battle with the novel virus.

Singer Kapoor, who was being treated at the Sanjay Gandhi Post Graduate Institute of Medical Sciences, has now been discharged. It took her more than 20 days to get over the disease. Doctors advised her to stay in self-isolation at home for some days.

The decision to discharge her from the hospital was taken by the Medical Board, which met and examined the results of the singer’s samples that had tested negative.

The 41-year-old singer showed initial symptoms of the virus and tested positive for coronavirus on March 20. It was found that the actress had a travel history to London. Above all, she threw a lavish party for her friends and family at a five-star hotel after arriving in Lucknow.

An FIR was registered against her because she came from London and did not get tested at the airport despite being aware of the coronavirus outbreak. On top of that, she freely attended parties and mingled with a large number of people, due to which she was criticized a lot on social media. Will she be arrested now?

The entire world is in a state of shock after the novel coronavirus pandemic impacted lakhs of people’s lives. By far, the virus has affected over 16 lakh people globally and the global death toll has risen to at least 96,791. Thankfully, over 3.6 lakh people have recovered from the deadly outbreak.

In India alone, the confirmed positive cases of coronavirus have surpassed 6,700, while at least 228 people have died in the country from the infection. 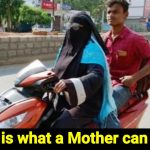 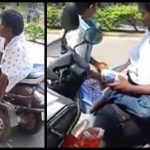