In August, MS Dhoni took to his official Instagram account and announced his retirement from international circuit along with the caption that reads, “Thanks a lot for ur love and support throughout.from 1929 hrs consider me as Retired”

He has always worked behind the scenes to offer some crunch tips to Virat Kohli and Rohit Sharma in the deciding phase of the game. Sometimes we just run short of adjectives to describe MSD in one word. He has done so much for India and is still extending his valuable contributions to the Indian cricket team. Currently, MS Dhoni is leading Chennai Super Kings in the ongoing edition of the Indian Premier League at the United Arab Emirates.

Chennai Super Kings were officially knocked out of this season’s playoffs. The three-time IPL champions who are tagged as the most consistent team in the history of the Indian Premier League struggled to get going this season at the United Arab Emirates. CSK failed as a team this time around and they lacked the killer instinct to produce more wins this season.

Having played a total of twelve games so far, Chennai Super Kings won just four games and lost as many as eight games. This is pretty much shocking considering a team of that caliber. Chennai Super Kings are also the only team to reach eight finals in the history of the IPL. They also qualified for all the playoffs in the IPL except the ongoing season.

Even after Chennai Super Kings were knocked out of this season’s playoffs, they have a loyal fan base. One of the CSK fans showed his admiration towards Chennai Super Kings and its captain, MS Dhoni, by painting his whole house in the colours of the CSK. The caption of his house has “Home of Dhoni Fan”.

MS Dhoni has a special message for his fan. Watch the video below:- 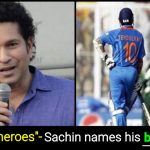 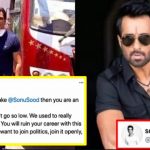