UP CM Yogi Adityanath on Sunday praised Modi government for doing more than enough in five years compared to Congress in 55 years. Yogi addressed a rally in Saharanpur district as part of BJP’s Lok Sabha election campaign. Before addressing the rally, Yogi offered prayers at Shakumbhari peeth in Behat constituency.

Starting his bold speech with ‘Vande Mataram,’ he said the Modi government had done more in five-year term than the Congress did in 55 years. “Modi’s name is echoing across the country. He made India proud everywhere and a strong Bharat will be established under his leadership,” the chief minister said.

Fixing a target of 74 plus seats from UP this time around, he raised the slogan: “Uttar Pradesh 74 paar, phir ek baar Modi Sarker,” which the people repeated. Then he also requested the people to repeat “Modi hai to Mumkin hai” and called upon them to ensure the victory of BJP candidate Raghav Lakhanpal to bring Modi back to power for the second term.

It should be noted that BJP has fielded sitting MP Raghav Lakhanpal in Saharanpur district and a tough contest is expected with Fazalurrehman of the alliance and Congress candidate identified as Imran Masood.

Yogi also targeted Samajwadi party president Akhilesh Yadav and Bahujan Samaj Party chief Mayawati, saying, “I have come to Saharanpur six times in the past two years while both (Akhilesh and Mayawati) didn’t come as chief ministers in 10 years.” 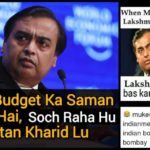 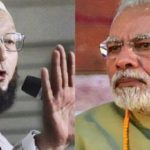