Sonu Sood is well aware of the struggles of a common man and his recent act of kindness for the migrant workers has made him the most loved actor these days. One must imagine how difficult it is from being thousands of km away from home during this coronavirus crisis.

With lack of income, several migrants workers are facing tough times while staying in different cities. Meanwhile, in the need of this hour, Sonu Sood has been truly sensational when it comes to helping people in this nationwide coronavirus lockdown.

“Villain on the screen and hero off the screen” is the best phrase to describe Sonu Sood. One of the most loved citizens in India has helped migrant workers (who got stuck in Maharashtra) by making all possible travel arrangements for them in this nationwide lockdown. He arranged 10 buses for the hundreds of migrants who got stuck in the city owing to the epidemic, reports Times of India.

Sonu Sood offered his hotel in Mumbai as a residential facility to help healthcare workers in this crisis and also provided PPE kits for doctors too. Sonu Sood arranged buses and also sought permission to send 500 migrant workers go home in Uttar Pradesh. Sonu Sood had also arranged Chartered Flight for 177 migrant women workers who got stuck in Kerala. The Indian actor had arranged special aircraft for the migrant workers after learning about their plight from a close friend.

Nonetheless, a month ago, Sonu Sood was targeted by many people on social media. Users claimed Sonu Sood as ‘scam artist’ while some went on to claim that Sonu Sood is the biggest scam of 2020. It all started after the tweets of people asking Sonu Sood for help and support went missing on Twitter platform.

Recently, netizens slammed Sonu Sood after he responded to a tweet which didn’t even tag the actor on Twitter. He replied to a Twitter user who asked for assistance for her son who had to undergo open-heart surgery.

Replying to all these widespread allegations, Indian actor Sonu Sood defended his actions and works by sharing excel sheets and receipts of him assisting the user who asked him for help. He wrote,

“That’s the best part brother. I find a needy & they somehow find me. It’s about “INTENTIONS”, but u won’t understand. Tom patient will be in SRCC Hospital kindly do ur bit. Send some fruits for him. Someone with 2-3 followers will be happy to get some love from a man with followers.” 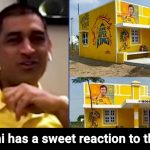 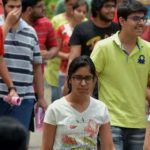