Sonu never disappoints those seeking help. Recently a user, who lost his leg in an accident, sought help from Sonu Sood. Sonu has promised to give him a new leg.

The young man wrote on his Twitter handle, “Sonu Sur sir my name is Dinesh Manikanta and I am 20 years old. I really need your help because I have lost my left leg above the knee due to the accident. Doctors have said that the artificial leg will cost up to Rs 7 lakh. My parents are Taylor. Please sir”.

Sonu Sood who came across the tweet gave him an unexpected reply. Sonu wrote, ‘Tell your parents that you are going to get a new leg this week.’

The young man became emotional after receiving his reply. With this help of Sonu Sood, he will be able to walk again.

During the lockdown, Sonu Sood helped migrant workers who got stuck in Maharashtra and also made travel arrangements for them. He arranged buses for the hundreds of migrants who got stuck in the city owing to the epidemic. Sonu had not only sponsored the travel but also offered meal kits for the workers. The actor was widely praised by the netizens for his noble act. 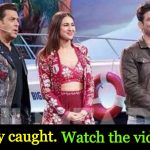 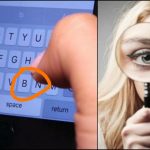