Sonu Sood is one of the most loved citizens in India. He has been a saviour to people across the country. He helped migrant workers and others in this coronavirus lockdown. The Indian actor is well aware of the struggles of a common man and his recent act of kindness made him the most loved actor these days.

Recently a Twitter user tagged Sonu Sood and asked him for an iPhone. He also explained in his tweet that he has tweeted like 20 times. He wrote: “Sir @Apple iPhone chahiye .. I have tweeted for like 20 times 😁😁.”

Sonu Sood who came across the tweet gave a smart reply to the fan. He told the fan that he himself needed a phone and was also ready to tweet like 21 times considering if that could get him the phone.

Earlier, in a hilarious incident, one of Sonu Sood’s fans took to his official Twitter handle and asked the actor for a PS4. Yes, no kidding. It was true. In his tweet, the fan explained how every one of his age is enjoying the lockdown by playing games and he is unable to do so. He wrote:

“@SonuSood Please Sir Can you give a PS4. All the children around me are enjoying the lockdown by playing games .Sonu sir can you help me Please Sir”

The tweet soon caught the attention of the actor Sonu Sood, who was quick to come up with a perfect reply. In his reply, Sonu Sood told the fan that he is blessed for not owing PS4. He further asked him to get some books and read them.

He also said that he can help him in getting books. He wrote: “If you don’t have a PS4 then you are blessed. Get some books and read. I can do that for you” 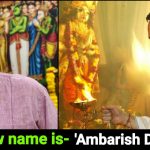 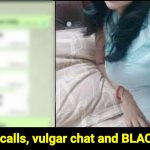