Everyone says love will find you when you are least expecting it. But is it possible to fall in love with your co-worker at your workplace? But you just can’t help yourself falling for the person and think life is not worthwhile without him or her.

As a result, today we will look at ten Bollywood couples who give love a chance without regard for anything else. Life gets a lot better when you have the right partner at your side and by the end of the day, love will conquer us and slowly, the world.

DeepVeer has been one of the most elegant couples in the industry. While working on the film Ramleela, the duo’s mutual chemistry was so obvious that when the news of their romance broke, fans went gaga over their relationship. After dating for 6-7 years, the couple finally got married.

It is believed that their love ignited while the duo was shooting on the sets of Tashan. Kareena had just come out of a relationship with her former co-star Shahid Kapoor. Despite the age gap, the house of Kapoors finally united with the house of Royalty.

In the year 1995, the most stable pair in Bollywood fell in love while filming the film Hulchul. In the year 1999, they turned it official by tying the knot. The couple has managed to stay out of any emotional scandal gossip until now, and they continue to live a life filled with affection, warmth, and stability.

The beautiful couple met for the first time on the sets of Tujhe Meri Kasam, and it was a fine example of love at first sight. They married soon after and are now happy parents.

The couple fell in love on the sets of Dhoondte Reh Jaoge. Later on, they did appear alongside in a few castings and eventually got hitched.

Both of them appeared alongside each other in Guru, one of Bollywood’s greatest blockbusters. The chemistry between them is so pure, which only serves as evidence of their unbreakable relationship.

Though the couple intends to make it official in 2021, it is believed that they fell in love during the shooting of Fukrey. The pair have managed to keep their romantic intentions hidden but expected to marry next year if rumors are to be believed.

The evergreen couple’s love story began when they fell in love while filming Zehereela Insaan. Late Rishi Kapoor was known as the man with a golden heart. Their story stood up against the tide, the passage of time, and all such impediments.

The former ‘Dill Mill Gaye’ heartthrob broke many hearts when he publicly proclaimed his love for the ever-beautiful Bipasha Basu. Although filming Alone, the pair began talking and quickly fell in love. Soon they got engaged and are happily married now. 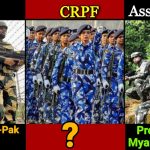 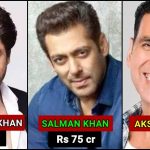