The popular game show Kaun Banega Crorepati (KBC) has changed many lives, but the life of Sushil Kumar, the first Rs 5 crore winner, has been challenging after winning the popular reality show KBC.

Yes, you read it right, his knowledge earned him Rs 5 crore by answering all questions correctly. He was given a cheque of Rs.3.5 crore after tax deduction by KBC host Amitabh Bachchan. He is still among the biggest winners of the show but says that life after the show has been nothing but challenging.

Before becoming a ‘crorepati’, Sushil worked as a computer operator and was surviving on a meagre salary of Rs.6,000 a month. However, after many years, Sushil recently made headlines with his long Facebook post.

Sushil has explained how his life has been after winning KBC. From getting addicted to booze and cigarette, getting duped by cheats, making some bad decisions to even ruining his relationship with his wife, Sushil talked about all that went wrong.

Sushil titled his post as “The worst part of my life was after I won KBC.” “2015-2016 was the most challenging time of my life. I was no less than a celebrity, as a result of which, I was invited for functions and various events in Bihar almost 15 days in a month.” Sushil also wrote that he invested in several ventures which were also of no use.

Sushil said, “After KBC, I had become a great donor and started donating money blindly. I would donate around 50,000 rupees every month. During those days, I was cheated by many people in the name of charity”.

While his professional life was not going well, Sushil’s marriage hit rock bottom. His wife complained that he did not know how to differentiate between good and bad people and that he does not worry about the future.

He mentioned that a good time also came in his life when he was in the national capital and there he met with a few student groups who would tell him about the world and expose him to new ideas. “But all this was followed by an addiction, of cigarettes and alcohol. Whenever we would meet, it would be over booze and cigarettes,” he said.

Sushil said that he developed a keen interest in movies and would spend hours on his laptop watching films. This inspired him to become a filmmaker too. Therefore, he moved to Mumbai with hopes of being a filmmaker but was advised to work on TV soaps first instead. He wrote a script for a film which sold for Rs 20,000. He would spend all day watching movies at his home and smoking cigarettes. “Staying in all day and reading about things made me take an unbiased look at myself and I realised that I didn’t come to Mumbai to become a filmmaker but to run away from my own self. The true happiness is in doing what your heart wants to do. You can never calm down you ego. It’s a thousand times better to be a good human than a famous one,” he said. 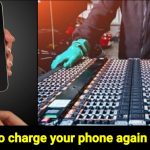 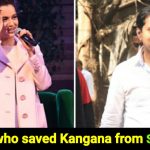