Batteries play a substantial role in today’s world and without these pieces, electronic gadgets wouldn’t work. It should be noted that mobile phones, cars, gadgets are useless without battery. You will be surprised to know that you may no longer need to charge your smartphone twice or thrice a day as the US-based company has developed an amazing battery that can run for several decades with a single charge.

In a significant development, a California-based company NDB has invented a self-charging battery by trapping carbon-14 (C14) nuclear waste in artificial diamond-case. The company claims the battery can last for 28,000 years on a single charge. Yes, you read it right. The battery made by a US company will run for 28 thousand years once it is fully charged.

So imagine having a battery that never runs out. We could have a smartphone that never has to be recharged, a car with infinite autonomy and much more. The US-based company says that the battery can be used in electric vehicles, mobile phones, laptops, tablets, drones, watches, cameras, health monitors and even sensors. It is also said to be extremely safe and tamper proof as it is coated with non-radioactive diamond which prevents radiation leaks.

Batteries are environmentally friendly because they use waste material from nuclear power plants, which is usually difficult to dispose of. In addition to nuclear material, the battery only needs to be in contact with air to work.

The battery generates electricity within itself. This is achieved due to the electrons which are formed due to radioactive elements in the diamond case.

The company is continuously improving the safety and performance of the battery. It is now working on purifying the nuclear waste to make the battery even more powerful. It will further use it to make computer chips and nano devices. With the purer C14 nuclear waste, NDB is thinking of making Nano Diamond Battery.

According to media reports, the company is thinking of making the battery even last longer than 28,000 years, to enable its usage in computer chips and very small devices.

According to the company, it would cost $100 billion to dispose of 33 million cubic metres of nuclear waste generated around the world. Radioactive waste is not economical to store and process at all. 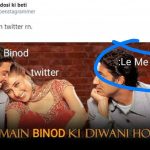 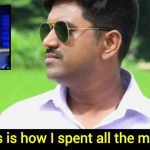