She is not a model- this Lady IPS married her lover IAS officer inside his office, became sensational news - The Youth

India is breaking its gender biased limits as women in India are ready to leave their steps behind in every field for the coming generation. Be it in bureaucracy or politics or the prestigious police force, women are a mark almost equal to men in all these fields.

Today, we are talking about such a woman named Navjot Simi who finally cracked the UPSC exam. She rose from being a Punjab Civil Service (PCS) officer to an IPS officer.

The woman who secured 735th rank in the UPSC Civil Services exam in the year 2016 was a PCS officer before touching the pinnacle of success. This is an inspiring story for all those who have failed in an examination and after reading this, it will certainly give you the much-needed boost to perform well even after failures.

Hailing from Punjab, Navjot’s story teaches us grit, determination and to not give up no matter how hard the situation is. Navjot Simi belongs to a scheduled caste family. She did her schooling from a private school, Punjab Model Public School, Pakhowal. She did her Bachelor of Dental Surgery (BDS) degree from Baba Jaswant Singh Dental College, Hospital and Research Institute, Ludhiana.

For Navjot Simi, becoming an IPS officer was the ultimate goal. Therefore, she started preparing for the UPSC exam. She also joined a coaching Institute in New Delhi.

As far as her family is concerned, her father Hans Raj is the branch manager of a local branch of the Union Bank, mother a homemaker. Before becoming a PCS officer in 2016, she also served as a dentist at different dental clinics in Gurdaspur.

She is also quite active on social media and always manages to leave her fans mesmerised with her pretty look and style. Her beautiful face and brilliant mind is an example of “beauty with brains.

Navjot Simi is a 2017 batch Bihar cadre Indian Police Service (IPS) officer posted in Patna. She fell in love with IAS officer Tushar Singla who is a 2015 batch West Bengal cadre Indian Administrative Service (IAS) officer. The two had a love marriage. The bride travelled all the way from Patna to Uluberia to get married. Navjot Simi married her lover IAS Tushar Singla inside his office on Valentine’s Day as they could not take out time for a grand wedding due to their busy schedules. Both the groom and bride have promised a grand wedding reception to their colleagues, but only after the 2021 West Bengal Assembly Elections.

She has now become an inspiration for many youths who dream to be IAS or IPS. She has achieved what others dream of. Many people read her inspirational story and get motivated. Let’s praise her for a big achievement. 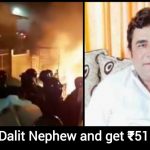 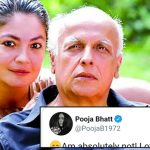