This film is starring Sanjay Dutt, Alia Bhatt and Aditya Roy Kapoor. However, the trailer does not seem to have gone down too well for the audience. The trailer has become the most disliked Bollywood trailer.

This film revolves around the protagonist’s encounter with a “fake Sadhu”. The trailer of Sadak 2 film has become the most disliked trailer after receiving over 4.2 million dislikes on YouTube. After being disliked the trailer, the film actress and filmmaker Pooja Bhatt has given her reaction.

The actress said that she is happy about the chatter around the film which made it to the top of trending videos on YouTube. Sadak 2 trailer released on Wednesday. While many applauded the video, others attacked it calling for a boycott as it stars ‘nepo kids.’

Reacting to a tweet that asked her about the backlash the film’s trailer has been witnessing, Pooja Bhatt said, “Lovers/Haters two sides of the same coin. Gotta hand it to both for giving us their valuable time and making sure we are trending. Thank you for your wishes.”

The nepotism debate has been sparked off after the death of Sushant Singh Rajput. His untimely death has left everyone saddened. The whole nation has been indicting nepotism for the death of this extremely talented actor.

The film is scheduled to release on August 28, filmmaker Mahesh Bhatt had penned a note for his daughter Pooja Bhatt, explaining his duties, privileges and love for the film. Pooja shared her father’s note on her Instagram account.

“Pooja my Gladiator ‘Hum taxi driver yeh kehtey hai ke safar shuru honey se pehley hum safar ke malik hotey hai magar jab safar shuru hotaa hai to safar hi malik hotaa hai.’ Today as we begin the last leg of our journey.I feel unshackled! I carry no burden, no weight. No reputation to hold on to. No mission to accomplish. Nothing to prove to anyone. If the film works it belongs to all of you. If it does not, it’s mine. That’s the duty and also the privilege of the director . You all gave me so much love and support for which I am very grateful. I love this film because each one of you made this possible. Ahh now I feel like a free bird. My wilderness is calling me. Saying ‘Mahesh chalein?’,” the note read.

The film has been directed by Mahesh Bhatt. There has been a lot of speculation about his relationship with his own daughter. He was ready to marry his daughter. Yes you heard it right.

It is highly disputable, one may claim that Mahesh Bhatt has been in an incest relationship with his daughter Pooja Bhatt for more than a decade while others may claim them to be normal, over-loving daughter and father!

You will be shocked to know what filmmaker Mahesh Bhatt said about her daughter. He said that if Pooja Bhatt was not her daughter, he would have married her. Shocked right? 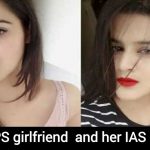 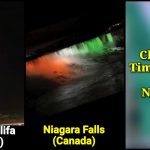