We all have to struggle at one point in our lives or another. And as human beings, we understand that sometimes life can get hard and that we have to push ourselves in order to get through it.

It is said that a struggling person is not afraid of the odd situations but makes them their strength. History is witness to the fact that those who face challenges have made history.

Meet Kinjal Singh who lost her father when she was just 6 months old and her mother died when she was in college. In a way, she became an orphan at an early age. Despite being orphaned at a very young age, Kinjal Singh touched the pinnacle of success. Let’s congratulate Kinjal on her success.

Born on 5 January 1982, Kinjal comes from a small family. Her father was the Deputy Superintendent of Police and her mother Vibha Singh got a job in a Varanasi treasury. Her father DSP KP Singh was killed by his colleagues in a fake encounter.

Fake encounters are very prevalent in India. These encounters result in the death of an innocent. One such fake encounter happened almost 35 years ago in the Gonda district of Uttar Pradesh in which Kinjal’s father K P Singh, then a DSP-rank police officer, was shot dead by his own men.

Kinjal’s mother Vibha sought Supreme Court’s help in fighting the case. She appealed to the Supreme Court to execute the convicts. Kinjal took the pledge to take revenge on her father’s killers and started preparation for the UPSC Civil services exam.

KP Singh also wanted to see her daughter become an IAS officer and his daughter Kinjal has fulfilled his dream. After her mother’s death, Kinjal went to Delhi and also brought along her younger sister, Pranjal Singh, to Delhi. Together, they worked hard day and night to cover the concepts from scratch and were desperate to crack the exam. They both cleared the UPSC examination in 2007 with Kinjal securing the 25th rank and Pranjal securing the 252nd rank. Kinjal cleared UPSC in her second attempt.

Kinjal had gone through a lot of struggles, but she never gave up and accepted all challenges in a positive manner. Despite all the difficulties and hardships she had faced, Kinjal touched the pinnacle of success.

In 2013, after 31 years of their struggle, the CBI special court in Lucknow sentenced to death three policemen accused of killing her father and sent five others to jail for life.

Kinjal was satisfied with the judgment. From orphan to IAS officer, Kinjal Singh is now an inspiration to youths of the nation. 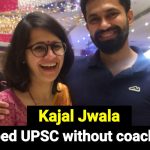 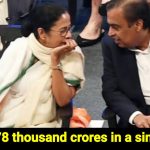