Archana Puran Singh is known for being a judge on “The Kapil Sharma Show“. She was also in the famous serial Shrimaan Shrimati. She worked in a few Bollywood blockbuster movies, Kuch Hota Hai, Mohabbatein, Kick, Raja Hindustani. But she started her career with B-grade movies before getting a break in the business.

Born on March 26, 1962 in Dehradun, Archana has shared screen space with Salman Khan, Akshay Kumar, Shah Rukh Khan, Amitabh Bachchan, and many others.

The Kapil Sharma Show’s special judge Archana Puran Singh is extremely active on social media, especially Instagram. The veteran actress loves this application and keeps sharing tidbits about her life with her followers.

She enjoys a luxurious lifestyle. The house looks like a fortress. Archana owns a lavish bungalow in Mumbai. Known for her jolly nature, the actress is currently in quarantine with her family in Madh island. However, the lockdown couldn’t stop her from entertaining her fans. She keeps on sharing posts on her Instagram handle.

Archana Puran Singh was married to actor Parmeet Sethi. Archana had a failed marriage before she met Parmeet. At that time, she had made up her mind that she was done with men, and would enter into matrimony again. For her, the male world was insensitive and domineering. But once she met Parmeet, her outlook towards men changed completely. Discussing the same, she said in one of her interviews:

The couple was in a live-in relationship for a long time before they tied the knot. It was not easy for them as there was a lot of criticism that the two had to face from the public as well as their private circle. However, it is their understanding that helped them withstand everything. 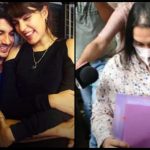 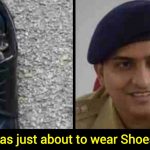