Kapil Sharma must have faced many highs and lows during the last 10 years, but this quite certainly is the darkest phase of his life. After his altercation with his teammate Sunil Grover, not just Sunil, but most of his compatriots decided to boycott the show, which meant he was left stranded alone.

Yet, he decided to rope in few actors for his next episode, after one of his episode’s shooting got cancelled because no one other than Kapil Sharma was present for shooting. Though the recent TRP ratings show a rise in their show’s ratings, many fans are very unhappy with Sunil Grover’s absence and in the time to come, his show’s TRP might come down drastically.

Sunil Grover, who has been with Kapil Sharma from the moment when Kapil started his first show “Comedy Nights”, left that show to start his own show. But that turned out to be a disaster and Sunil Grover finally made a comeback to Comedy Nights and there was no one who could stop Kapil from reaping high TRPs.

But an unexpected storm hit Kapil as his relation with the channel “Colors” began to worsen. The channel heads were unhappy with various things like his behavior and Kapil acting in a film, which eventually led to them sacking Kapil and his show.

When it all seemed finished, Kapil announced that he will start a new show on Sony TV, “The Kapil Sharma Show”. Initially, the show didn’t reach the expectations but with time, its popularity reached a level where only they existed. By the end of 2016, Kapil regained then number 1 spot in TRPs and people started hailing his amazing comeback.

But one thing none can belittle is that “The Kapil Sharma Show” wouldn’t have achieved half of what they had, if it had not been for Sunil Grover’s breathtaking performances day-in, day-out. His characters Mashoor Gulati and Rinku Bhabhi became household names within no time and many fans openly accepted a fact that he was the sole reason behind the show’s success.

In tandem, Kapil and Sunil were providing some masterful comic performances and when Shahid Kapoor and Kangana Ranaut came to promote their film “Rangoon”, all the fans including Navjot SIngh Sidhu were spell bound with their majestic performance and couldn’t resist themselves from giving both Kapil and Sunil a standing ovation.

But with Sunil exiting the show, last week’s episodes looked quite lackluster and without a shaodw of a doubt, the show’s TRPs will fall down dramatically.

Good News! Central govt to give half salary to 40 lakh employees who lost work during Lockdown Kapil Sharma interacts with fans, these witty responses prove why he is the Comedy King! 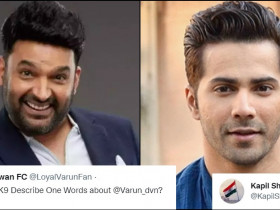 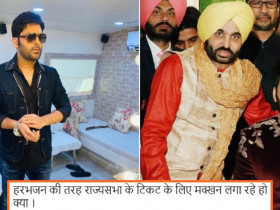