Meanwhile, Sushant Singh Rajput’s former manager Akhilesh, who worked with the late actor during the release of his film ‘Chhichhore’, alleged that Rhea Chakraborty was managing Sushant’s finances, he was quoted as saying by Times Now. He also revealed that she was a part of the late actor’s life when he was working with him last year.

The late actor’s former manager also revealed that he had never met his family members when he was working with the actor. He even said that Sushant’s health was fine back then and he used to play cricket and other sports with them as well.

Talking about the finances, the former manager made serious allegations against the actor’s girlfriend Rhea Chakraborty that Sushant’s finances account was being handled by Rhea. Earlier, Shruti Modi, the former business manager of the late actor had revealed that Rhea took all financial decisions on behalf of Sushant.

Mumbai Police has shown no substantial progress in Sushant’s death case till now even after 2 months. While the case seems to be getting more complicated with each passing day as Sushant’s father KK Singh filed an FIR against his late son and actor’s alleged ex-girlfriend Rhea Chakraborty.

Not just his family, or fans, various B-town celebrities like Varun Dhawan, Kriti Sanon, Ankita Lokhande, Kangana Ranaut and others have demanded a CBI probe in the case. 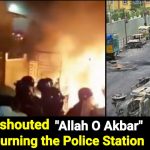 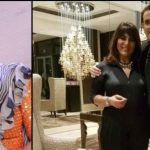