Meanwhile, BJP leader Subramanian Swamy also think Sushant Singh didn’t commit suicide. He had shared a picture on his twitter account which analyzes Sushant’s death. Most of the points in the analysis suggest that it is a murder and not suicide.

The analysis has been done based on the pictures and the statements that have come out. As per analysis, the room in which the body was found had no small table or furniture which Sushant Singh Rajput would have used to hang himself.

If it was really a case of death by hanging, eyes would have popped out as happens in most of the cases of suicidal hanging. However, it didn’t happen in this case.

Subramanian Swamy, while sharing the analysis on social media didn’t mention the source of the analysis. The BJP leader has already said quite a few times that the case should be transferred to the Central Bureau of Investigation because Mumbai Police hasn’t been able to reach any conclusion so far in this case. In fact, he has also talked to the Bihar Chief Minister Nitish Kumar about the same. 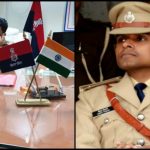 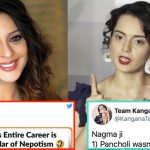