Let’s take a look at the list of famous actresses who were forced to do dirty stuff with directors or in front of directors.

Big Hero’s Director father wanted to sleep with me to get a role: Yashika Anand

South Indian actress Yashika Anand who rose to fame with her role in Iruttu Arayil Muruttu Kuthu had shared instances of sexual misconduct she had faced in her career. One of them, she added, involved a popular director, who is labelled a father figure and a big star in the Tamil film industry.

“I do not wish to name him now because it was difficult for me to overcome the experience. I am now over it,” she said in an event in Chennai.

Yashika explained that the incident occurred when she had auditioned for a role. “He had asked me to wait outside while he spoke to my mother. He told her that if I wanted to do this role, I had to sleep with him. That’s when I wondered why people take advantage of their positions,” she said.

The actress added that she always stood up to those who harassed her in public. “Once, when someone assaulted me in public, I kicked him back. Another time, there was a police officer in my area who made me feel unsafe. He was removed after I filed a complaint,” she said.

A couple of years ago, a video of a police officer asking a woman for her “rate” spread like wildfire on all social media platforms. “I was the woman in that video. We filed a case against it but nothing has happened so far. Complaints too don’t work most times. I believe self-defense is the best thing,” she added.

On her views about ‘casting couch’, Yashika stated, “Let’s have professionalism and not go through this way and work (sic). Not everybody is wrong but this (sexual harassment) should be removed from Tamil industry and all the other industries.”

Directors wanted to sleep with me: Elli AvrRam on casting-couch

Bollywood actress Elli AvrRam also made some shocking revelations about how she faced discrimination, sexism and was also a victim of the casting couch.

The former Bigg Boss contestant AvrRam, in an interview to Pinkvilla, said, “I was told I needed to lose weight. They said I’m short and I was told about my forehead and my teeth.”

The actress who hails from Sweden, said, “One girl who was connected to Bollywood told me, ‘Oh, but sweetheart you can never become an actress because you’re too short.'”

“I choose not to listen to that. Within two months of me being in India, I felt I don’t have it. Some felt I looked old like an aunty because of my long hair,” she added.

In addition, the actress also made shocking revelations. She said that she had a disturbing experience with some directors. However, she didn’t reveal the names of such people. She said, “I had gone for a few meetings. I met these two directors who especially shaked my hand and scratched it with one of the fingers.”

“After that meeting, I asked my friend about it. He was shocked and told me that he (director) wanted to sleep with me.”

AvrRam, who kick-started her Bollywood career in 2013 with Mickey Virus, further said, “I remember this very big movie where they wanted to have me and I was so excited.. suddenly, the actor had problem and that’s why the producer took a call and replaced me.”

“That would have been it but it’s been hard times,” she summed up.

There are people in the industry who ask you to sleep with them to get a role: Parvathy

In an interview, Malayalam actress Parvathy said that she faced sexual assaults and abuses from her co-workers in cinema field. The actress went on to add saying that she had faced several instances of abuse and harassment over the years from her relatives also.

“There are people in the film industry who ask you to sleep with them to get a role. They ask very blatantly like it is their right. I have said no. After a point, when you have made a mark in the industry, they won’t ask you,” Parvathy said in a recent interview.

The actress, who has featured in films like Take Off, Charlie and Bangalore Days added that she had her fair share of struggles to touch the pinnacle of success as an actress. Parvathy also revealed that she was asked for sexual favours by some directors and also actors.

However, the actress turned them down and perhaps it could be the main reason why she got fewer offers earlier. The actress doesn’t wish to reveal the names of such cruel people and said that they are a threat to society. 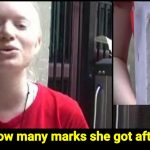 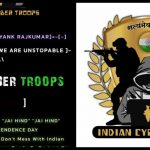