In good news to the citizens of the national capital, all terminals at the Delhi Airport will be connected by an air train. The Delhi Airport is expected to get bigger with annual passenger handling capacity reaching 10 crore and expansion of T1 by the year 2022.

In a bid to make the ride more convenient for passengers, automated passenger mover or air train are being considered for the massive project which is going to be a game-changer in the years to come.

As of now, a shuttle bus service is available to carry the passengers from one terminal to another. It should be noted that Delhi’s Indira Gandhi International Airport (IGIA) became the world’s 12th busiest airport in March 2018, moving up 4 places from the 16th spot in 2017.

The four airports which are above the IGI Airport are none other than Amsterdam Schiphol, Paris-Charles de Gaulle, Shanghai Pudong and Hong Kong. Previously in August, Delhi Airport senior authorities announced that DIAL (Delhi International Airport Ltd) would execute the integration of the ‘Departure and Arrival’ terminals of T1.

Soon after the expansion finishes, the Delhi Airport will reportedly become the first airport in the nation have four runways and dual elevated Eastern Cross Taxiways (ECT). 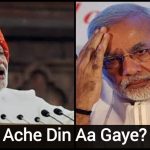 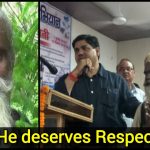