The salary of Chief Ministers in India varies from state to state. The Chief Minister of Telangana receives the highest salary as compared to other CMs in the country.

The salary of the chief minister of a particular state is decided by state legislature, according to article 164 of the Indian constitution. The chief minister is paid for serving the state and looking after its welfare.

Let’s take a glimpse at the top 10 Chief Ministers of India and their salaries:

48-year-old Yogi Adityanth was born on 5 June 1972 in small district Panchur (Uttarakhand). He is known for his provocative speeches.

Though he is the CM of 200 million people in India, yet his family members still lead an ordinary life in the village he was born. His elder sister sells flowers at a shop near a temple to obtain her livelihood.

4. Salary of Chief Minister of Maharashtra:

Shiv Sena president Uddhav Thackeray took oath as the Chief Minister of Maharashtra on 28 November 2019. The monthly salary of Maharashtra CM is ₹340,000 (US$4,800).

Thackeray never dreamt of becoming chief minister. However, It was like a dream come true for Uddhav Thackeray when he became CM for the first time in his political career. The Shiv Sena broke all ties with Bharatiya Janata Party and joined hands with the Congress and Natioalist Congress (NCP) to form government in Maharashtra.

6. Salary of Chief Minister of Gujarat:

Vijay Ramniklal Rupani is an Indian politician from the Bharatiya Janata Party (BJP). He is the incumbent Chief Minister of Gujarat since August 7, 2016 and a member of the Gujarat Legislative Assembly representing Rajkot West. His monthly salary is ₹321,000 (US$4,500).

8. Salary of Chief Minister of Haryana:

Manohar Lal Khattar is the first BJP leader to be sworn in as the Chief Minister of Haryana on 26 October 2014. He has worked for almost 40 years as a Rashtriya Swayamsevak Sangh (RSS) Pracharak. The monthly salary of Haryana’s CM is ₹288,000 (US$4,000).

9. Salary of Chief Minister of Jharkhand:

The salary of Jharkhand’s CM is ₹272,000 (US$3,800). Recently, the Government of Jharkhand has given special permission to buy a lavish car BMW for the Chief Minister Hemant Soren.

Shivraj Singh Chouhan once again assumed office as the Chief Minister of Madhya Pradesh on 23 March 2020 after Congress leader Jyotiraditya Scindia along with 22 MLAs joined BJP.

Pramod Pandurang Sawant is the 11th and current Chief Minister of Goa. He receives ₹220,000 (US$3,100) monthly salary. Pramod Sawant succeeded Manohar Parrikar as the CM of Goa. Manohar Parrikar passed away after he lost a battle with pancreatic cancer.

Nitish Kumar is the present and 22nd Chief Minister of Bihar. Recently CM Nitish Kumar wrote a letter to the Central Government demanding a CBI probe into the death of Bollywood actor Sushant Singh Rajput. The salary of Bihar’s CM is ₹215,000 (US$3,000) per month. 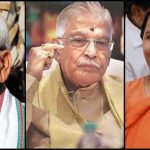 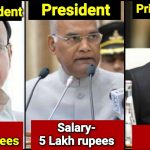