Eventually, the most awaited moment of the past 500 years has arrived when Prime Minister Narendra Modi laid the foundation for the Ram temple at Ayodhya.

Urging devotees and attendees to chant ‘Jai Siya Ram’, PM Modi said, “I believe that this grand Ram temple which will be built in Ayodhya, like the name of Shri Ram, will reflect the rich heritage of Indian culture. I believe it will inspire the entire humanity till eternity. Every heart is illuminated; it is an emotional moment for the entire country. A long wait ends today”.

A dispute which had a history of 500 years was kept alive by politicians even so long after Independence. And during every election, it was used as a tool to lure the voters. But in the reign of Modi Govt, it did not take long to fulfill their promise from election manifesto. The verdict was given by 5 judges bench of Supreme court in Nov 2019 that the land shall be handed over to a trust to build the Hindu temple and the Sunni Waqf Board to be given another 5 acre land in Ayodhya to build a Mosque.

Then there was Gopal Singh Visharad who filed the first case on the temple dispute in Independent India in 1950. Visharad was a resident of Balrampur district and the head of the Hindu Mahasabha in the district. He had been stopped by the police from going to the Ram Janmabhoomi and he submitted a petition seeking unhindered access to Hindus to the Janambhoomi.

Later, the Vishwa Hindu Parishad (VHP) came into the picture.  It started the nationwide movement for the construction of the temple at the site in Ayodhya. Ashok Singhal, the president of VHP, led the campaign in 1984, demanding construction of Ram mandir in Ayodhya. He is considered as one of the architects of the Ram Mandir movement.

The founder president of Bajrang Dal and veteran BJP leader Vinay Katiyal extended their support to the Ram Janambhoombi Movement. He also volunteered for Rashtriya Swayamsevak Sangh to accomplish the mission.

In 1989, VHP carried out Shilanyas ceremony in Ayodhya and the first stone of the planned Ram temple was put in place. The then BJP President L.K. Advani launched Rath Yatra from Somnath to Ayodhya with a view to building Ram Mandir at Ram Janmbhoomi. Slogans of “Jai Shri Ram”, “Saugandh Ram ki Khate Hain Mandir Wahin Banayenge” were raised during Rath Yatra.

The Ram Mandir Movement gained momentum under the leadership of LK Advani and Murli Manohar Joshi. Rath Yatra, organised by BJP leaders and Hindu nationalists affiliates, gathered the support of VHP and Sangh Parivar to erect a temple.

Former Uttar Pradesh chief minister Kalyan Singh was another important player in the temple movement. He was UP chief minister when the Babri mosque was demolished and his government was dismissed the same day.

Shiv Sena Founder Bal Thackeray was at the forefront of Ram Mandir Movement and had supported the cause from much earlier on.

Senior BJP leader Uma Bharti hit the headlines after delivering fiery speeches. After her speech, the Ram Mandir movement gained momentum and she became one of several prominent Sangh Parivar figures identified with the movement.

Talking to IANS, a senior saint of Ayodhya who did not wish to be named, said, ‘All these people have contributed to the temple movement which has reached a stage where the temple construction is beginning. I feel we should have made it a point to invite all those who are still alive and should have felicitated them.”

Hindus from all across the world can come to the birth place of Shri Rama and worship Him with full devotion. People will hopefully not only offer prayers but also follow Him in their lives. 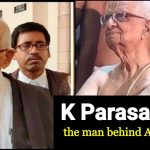 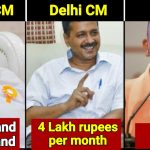