The need for construction of a Ram Mandir at the site of the Babri Masjid in Ayodhya is expected to be one of the important issues that will be discussed in the run-up to the 2019 Lok Sabha election.

Less than 3 months prior to the general election, a poll conducted by India Today-Karvy finds that around 69 per cent people want that a Ram temple should be built at the site in Ayodhya whereas 22 per cent people’s opinion came quite the opposite to that of the majority.

Overall, 13,000 people participated in the India Today-Karvy poll. Apart from this, 67 per cent of the respondents added they want the Modi government to bring in an order to make way for the construction of a Ram temple in Ayodhya where the Babri Masjid once stood.

24 per cent respondents said they are not in favour of the order, while 9 per cent said they have no comments about it. The Ayodhya land dispute is now being heard by the Supreme Court which has constituted a five-member Constitution bench to talk about the dispute.

On the contrary, various right-wing organisations and many leaders of the BJP and the Shiv Sena have been constantly pressuring the Modi government to come up with a rule immediately in favour of the Ram temple.

However, in a televised interview to news agency ANI on January 1, PMNarendra Modi had said his government will wait for the Supreme Court order on the Ram Mandir case. 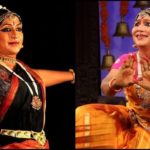