Trees happen to be our closest relatives. What they exhale, we inhale. What we exhale, they inhale. This transaction is on all the time. Whether you are aware of it or not, one half of our pulmonary system is hanging up there right now on a tree. Trees provide so many benefits to our everyday lives. They filter clean air, provide fresh drinking water, help curb climate change, and create homes for thousands of species of plants and animals. Planting a Billion Trees can help save the Earth from deforestation.

Today, we are going to learn about Daripalli Ramaiah who was once mocked as “a mentally unstable man”, has suddenly become a celebrity for many after he was awarded the Padma Shri.

The 70-year-old from Telangana is giving absolutely everything to protect the environment for the future generation. He is said to have planted over 1 crore saplings in Khammam and also in the other parts of the state, as part of a green campaign for nearly 6 decades.

“God has given life to it and it proves to the world its existence by giving birth to a plant when wedded to the soil, during monsoon,” he earlier told Better India.

He proved that he is the man for the environment. Much to his efforts, he has been awarded the Padma Shri. He is widely recognised as ‘Chettla Ramaiah’, in Telugu which means ‘trees’. Ramaiah is known to carry seeds in his pocket and plants on his cycle as he goes around reviving nature.

His mother taught all about the planting lessons. According to Ramaiah, seeds are the secret of evolution. He starts his wonderful journey by riding his cycle when he used to hold the handle bat with one hand and sprinkle seeds on the other sides of the pathways.

He says he has lost count of the trees he has planted so far in his green journey. “I don’t exactly remember the number of trees I have planted over the years. I believe in action and not in just preaching,” he once told The Hindu. Seeing trees all around him gives him a great sense of accomplishment, he says.

Ramaiah has received several state and national awards for his green campaign. The eco-warrior has been conferred an honorary doctorate by the Academy of Universal Global Peace. In 2012, the Andhra Pradesh Forest Academy (APFA) honoured him the “Green Warrior” award during the Earth Day celebrations.

In the time of second Telangana Formation Day celebrations, he was given a whopping cash prize of Rs one lakh by the state government. Despite undergoing heart surgery last year, Ramaiah still went on to plant saplings. He said that he will continue to plant saplings till his last breath.

“I made several representations to the people’s representatives and the district officials seeking financial aid. There is no response to my plea for aid. I am striving for the promotion of greenery for several decades with a commitment. I will continue to plant saplings till my last breath even if I do not get more financial assistance from the government,” he told The Hans India. 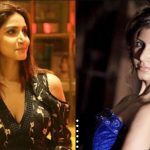 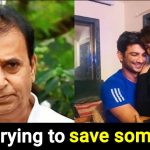