The Civil Services Examination (CSE) is considered one of the toughest exams in India conducted by the Union Public Service Commission. Everyone dreams to clear the Civil Services Exam, but very few are fortunate to crack the exam. Today, we are talking about such a man named Sidharth Sihag who finally cracked the UPSC exam. He rose from being an IPS officer to an IAS officer.

The man who secured 42nd rank in the UPSC Civil Services exam in the year 2012 was an IPS officer before touching the pinnacle of success. This is an inspiring story for all those who have failed in an examination and after reading this, it will certainly give you the much-needed boost to perform well even after failures.

Sidharth’s story teaches us grit, determination and to not give up no matter how hard the situation is. Well, it was a long journey to finally crack the UPSC Civil Services examination.

For Sidharth, becoming an IAS officer was the ultimate goal but the journey was not easy to fulfill the dream. Before cracking UPSC, Sidharth worked as a Judge and IPS officer.

Sidharth Sihag cleared Delhi Judicial Service Exam with 5th rank and worked as Civil Judge for six months in 2011. While undergoing training, he cracked the UPSC and bagged 149th rank and became an IPS officer.

He continued preparing for the UPSC while working as an IPS officer. you will be surprised to know that Sihag never resorted to coaching and despite lack of time, he managed to secure 42nd rank with selfie study. Sidharth had also scored 99.5 percentile in CAT and got a call from IIM Calcutta.

Sidharth, after completing his schooling from Chandigarh, pursued BA LLB from Nalsar, Hyderabad. “I have remained winner of both national and international moot court competitions, have also represented India and won South-Asian rounds of Henry Dunant Moot Court Competition in 2008,” he said.

He has now become an inspiration for many youths who dream to be IAS or IPS. He has achieved what others dream of. Many people read his inspirational story and get motivated. Let’s praise him for a big achievement. 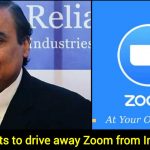 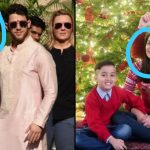