Mumbai Police have initiated a probe in Sushant Singh Rajput’s case and so far, 28 people including members of his family, work associates, close friends, and household staff, have been interrogated by Mumbai Police on SSR’s death.

During the interrogation, Sushant Singh’s friends revealed Mumbai Police that he was in stress and always felt that someone is trying to damage his reputation. Sushant used to discuss reports which were published about him in newspapers and magazines with his team.

The latest update disclosed the last google search made by the actor. As per the latest forensic reports, Sushant Singh Rajput searched his own name on Google at 10:15 am on June 14 prior to committing suicide. The google search history of his phone disclosed that the actor searched ‘Sushant Singh Rajput’ on the search engine Google and also read a few articles and news reports about him.

The whole nation has been indicting nepotism for the death of this extremely talented actor. There were reports according to which the Bollywood star was banned by some big production houses including producers such as Karan Johar, Aditya Chopra, Salman Khan, Sanjay Leela Bhansali, etc.

Some video clips of old videos are also going viral on social media platforms in which A-listers or the star kids are seen making fun of Sushant during a talk show or at other events.

A campaign has been started on change.org in which people have to sign a petition for boycotting the films of KJO, SKF and YRF. Besides this, people of Patna from where Sushant Singh Rajput belonged have burnt effigies of bigwigs – Karan Johar and Salman Khan. In fact, they have also taken a pledge that they would not allow their movies release in the city. 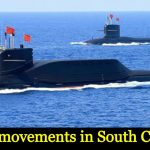 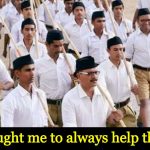