Amid the ongoing standoff between India and China along the border, France has come out in India’s support. France has become the first country to extend ‘steadfast & friendly’ military support to India.

In a letter to defence minister Rajnath Singh, his counterpart Florence Parly has said that India is France’s strategic partner in the region and has conveyed condolences for the soldiers who attained martyrdom during the violent clash in eastern Ladakh’s Galwan Valley on June 15.

“This was a hard blow against the soldiers, their families and the nation. In these difficult circumstances, I wish to express my steadfast and friendly support, along with that of the French armed forces. I request you to kindly convey my heartfelt condolences to the entire Indian armed forces as well as to the grieving families,” the minister, who earlier had a phone conversation with Singh, has written.

The Chinese dragon’s thirst for expansion is not new and it has a reputation of backstabbing. But New India is more careful than ever. The Indian army’s morale is at all times high after Surgical strikes 1 & 2. And with a devastating revenge for the Uri and Balakot attacks, India has displayed tremendous determination to give a befitting reply to aný nation which tries to disturb its peace and prosperity. 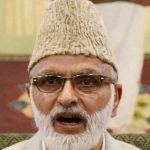 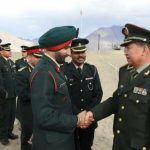