Bollywood emerging actor Sushant Singh Rajput committed suicide on June 15 (Sunday). His unexpected demise left everyone in shock, including his co-actress and ex-girlfriend Ankita Lokhande. The 34-year-old actor ended his life by hanging himself to the ceiling fan at his residence in Mumbai.

Sushant Singh Rajput was in headlines a few years back for being slapped by girlfriend Ankita Lokhande in one of the night clubs in Mumbai. It was learnt that Sushant and Ankita had gone to a nightclub for the party where Sushant drank a lot and started dancing with his female friends, which annoyed Ankita. She tried to stop him from dancing with other girls, but as she couldn’t handle it, she slapped him publicly inside the club.”

However, neither Sushant nor Ankita spoke on this matter. The couple was in a relationship for over 6 years, but unfortunately, they broke up. The news spread like wildfire in the industry and the fans were heartbroken seeing the couple drift apart in real-life.

It is said that Rajput did not have many friends in the industry. The actor was suffering from depression for the past 6 months.

According to the report in India TV, when they made a call to actress Ankita Lokhande and informed her about Sushant Singh Rajput death news, she simply said ‘What’ and hung up the phone.

The actress had worked with Sushant in Zee TV’s show Pavitra Rishta and they also dated each other for a few years. Just like Ankita Lokhande, the entire nation couldn’t believe the news.

The actor was known for his performances in films such as Chhichhore, MS Dhoni: The Untold Story and Detective Byomkesh Bakshy!. The actor portrayed the role of Dhoni in his biopic, ‘MS Dhoni: The Untold Story’. Dhoni’s biopic was Rajput’s biggest single hit of his career. Rajput was inclined towards dancing when he was a student at Delhi Technological University. The actor will always be remembered for his brilliant acting. 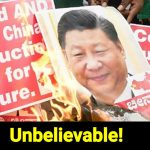 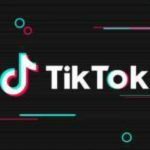