A massive crowd took to the streets in Patna, Bihar to protest against nepotism in the film industry, due to nepotism, real talent is being ignored these days. People expressed their outrage on social media over the death of Sushant Singh. Social media users lashed out at Karan Johar and Alia Bhatt, while they supported Kangana’s statements.

Following the demise of Rajput, Kangana Ranaut is the first actress who alleged that there is nepotism in the film industry and there are some people who do not allow talent to enter the industry. She further questioned the Bollywood fraternity and asked why Sushant’s achievements have gone unnoticed.

Meanwhile, Anurag Kashyap’s brother Abhinav Kashyap, who directed ‘Dabangg’ called out Salman Khan and his family for sabotaging his career in a hard-hitting post.

An excerpt from his long post read, “My appeal to the Government to launch a detailed investigation. Rest in peace Sushant Singh Rajput… Om Shanti.. But your fight continues… The suicide of Sushant Singh Rajput brings to the forefront a much bigger problem of what many of us have been dealing with. Exactly what might compel a person to commit suicide?? I fear his death is just the tip of the iceberg just like the #metoo movement was for a much bigger malaise in Bollywood. The death of Sushant Singh Rajput brings under scanner the role YRF talent Management Agency might have played in pushing him towards his suicide but that is for the authorities to investigate.” Check out his entire post below:

The 34-year-old actor ended his life by hanging himself to the ceiling fan at his residence in Mumbai. Rajput’s maternal uncle has alleged that it was not a suicide but a conspiracy and also demanded a CBI probe into the matter. 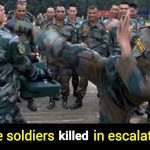 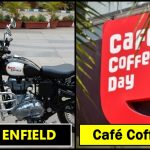