Identifying and satisfying the needs of the customer is called ‘marketing’. Keeping this formula into perspective, the Indian brands since their inception have deeply thought about how to attract the customers in their kitty. Slowly, they studied customers’ mindset after producing quality products at an affordable price.

This was how the business venture kick-started. Well, it takes a lot of hard work, smart work, grit, determination for the brands who start off from zero to make crores. It’s never an easy task. Had it not been for their marketing strategies, brands wouldn’t have become popular in India.

Let’s take a look at the 10 richest daily use brands that are popular in India:

The advertisement starts off with a catchy line, “Washing powder Nirma, Detergent powder Nirma… Nirma”. How many of you all remember this? Nirma has touched the pinnacle of success in the competitive Indian market owing to its quality, quantity. This affordable detergent brand has an overall net-worth of more than Rs 3550 crores.

If there is one brand that has outsmarted its competitors in a quick period of time, then it has to be Pulse. It attracted the Indian candy market in a short span of time owing to its decorative packaging and taste as well. In terms of sales, it has easily surpassed many multinational companies. This brand has a total worth of more than Rs 100 crores.

The stapler pins company not only markets its products locally but also exports to many other countries as well. Every professional has used this item. The overall net-worth of Kangaro Industries is above Rs 100 crores.

This brand announced its arrival in 1948, the company focusses on selling its concentrated non-alcoholic squash in the Asian countries like India, Pakistan and Bangladesh. Several other companies tried to imitate Rohafza but still, they are far behind from its total net-worth- more than Rs 500 crores.

Wow! Almost everyone knows about this tasty biscuit which markets its product as ‘Parle G- G for Genius’. Well, the epic combination of tea/coffee with Parle-G is perfect. One can’t deny the fact that it is the most loved biscuit brand in the country and it is available in every retail store. It is widely sold in India because it costs Rs.5 and it is easily affordable. The total net-worth of Parle-G is more than Rs 6000 crores.

Only 90’s kids would know the value of Natraj pencil. This is the first pencil that almost every student in India has used. Yes, you can confirm it with people if you don’t believe. The mesmerising Nataraj pencil is not just a brand but an emotion which cannot be expressed it in words. Such is its beauty which usually comes in red and black. The overall net-worth of Nataraj Pencils is more than 300 crores.

Who wouldn’t know Cello Pens? For students who hold the pen deftly to take notes in the classrooms, Cello Pens is the ultimate emotion that they wouldn’t forget. Almost every student’s pocket has a cello pen (blue or black). It is famous all over India because of its supreme quality and reliability. Since its inception in 1995, Cello Pens is India’s most trusted stationery brand with a whopping net-worth of above Rs 1000 crores.

Run by DS Group, Pass-Pass is a famous brand that doesn’t need further marketing to draw attention. It is the best and the most selling mouth freshener in India having a net-worth of around Rs 300 crores.

Action Shoes is one of the most popular brands in this country. The name itself is catchy enough to attract the customers. This brand is owned by Action Group which manages two popular inverter brands- India Microtek and Okaya. The overall worth of Action Shoes is more than Rs 1000 crores.

Milton is widely known for its lunch boxes and water bottles in particular. This brand started off in 1972 and started growing from time to time. Today, it has a broad spectrum of network of more than 55,000 retailers in India with a staggering net-worth of Rs 200 crores. 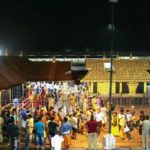 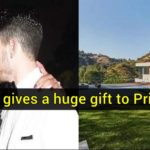