Famous Indian YouTuber Carryminati has once again set the internet on fire with his latest video song Yalgaar. Carry aka Ajey Nagar released its most awaited video Yalgaar video on his YouTube channel that has left Lady Gaga’s song Blackpink that ranks on number nine.

This Indian YouTuber Ajey Nagar has emerged as a global star after his video gained 33.3 million views in just 24 hours. Carryminati took to his Facebook handle to share a list of the top trending music in the world. And his song “Yalgaar” is now trending at #6 worldwide just a day after release. This is indeed a great achievement for an Indian YouTuber, making India proud.

With more than 21.2 million subscribers, CarryMinati is a proud owner of the YouTube diamond play button. He is being widely praised for his latest video “Yalgaar” which has received much appreciation from a large section of viewers.

Fans of Carryminati were thrilled when he released a new rap song Yalgaar on Friday and hit back at the trolls. Via the song, he made it clear that he’s passionate about what he’s doing and won’t easily give up.

CarryMinati has been in the news for the past few weeks for his ‘YouTube Vs TikTok’ video, which went viral on the internet and broke many records. His video was a response to the video of Amir Siddiqui. In this video Carry roasted the TikTokers, especially Amir Siddiqui. However, it was removed from the platform for violating its terms of services.

He posted a video to give a reply to the video of Amir Siddiqui. However, his video was taken down immediately by Youtube for violating their terms of services. After his video was removed, people from all over the world supported him. A hashtag in support of CarryMinati – #justiceforcarry has been trending on Twitter.

Now, CarryMinati published a new roast song called Yalgaar on his Youtube channel. His new roast video has garnered 33.3 million views in the first day, making it one of the top 20 most viewed online videos across the world.

In the video, Ajey Nagar is seen starting his rap roast with his signature dialogue, “Toh Kaise Hain Aap Loh” while ending it with “Carry Roast Karega”. 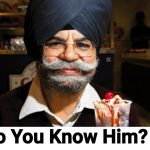 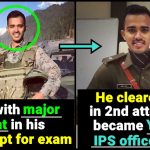