When his classmates enrolled for private coaching, Ayushman Tamrakar was pretty much focused on what teachers taught. However, he had the belief that he would pull off something spectacular and much to his expectations, he did manage to make the headlines for a fantastic achievement.

Chowkidar’s son couldn’t afford the tuition fee, but that didn’t stop him from making his parents proud. The 16-year-old topped the Class X state board exams on Wednesday with a staggering 99.8% marks (499/500).

The 16-year-old aspires to be an engineer “so that he may ask his father to stop working as watchman”. “It pains me to see my father struggling for me and my siblings. With a salary of only Rs 4,000, you can imagine how hard it is for him,” said Ayushman.

Their mother identified as Barkha Tamrakar supported the family by working in Sarafa market. “She does manual labour there. She is also a hard worker and always supported me and my siblings,” said Ayushman.

Upon learning that his family can’t afford to pay private school fees, he took the test for School of Excellence scheme and then managed to get a slot.
“I am a student of the School of Excellence in Sagar. They have excellent teachers, who encouraged us,” said Ayushman.

Ayushman also went on to recall that he once asked his father if there was any chance he could enrol in coaching.

“He was unable to reply as the fee was quite high. But, he started arranging the money. The day I learned about it, I decided to be the best in academics so that I can get scholarships for my education,” he said. “I am confident that one day I will live up to my and my family’s expectations,” said Aysuhman.

About preparation with her twin sister, Ayushman said, “We mostly focused on what our teachers taught us in school and tried to focus on studies at home.” The teenager even worked as a watchman in place of his father whenever he was not around.

“My sister used to help my mother at home while sometimes I had to go for night duty in place of my father when he was very tired or ill,” he said.

Principal of Subhash Excellence School R K Vaidya, said, “Ayushman is an excellent student and I knew he will make proud. I have promised his family that I will help build his career.” 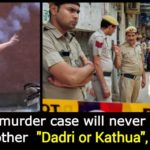 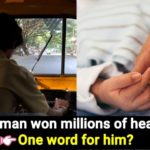