Stories of people excelling in their respective fields at a very young age are many. 22-year-old Safin Hasan, who hails from Gujarat has joined Jamnagar police as ASP (Assistant Superintendent of Police) on December 23, according to Times of India.

Safin Hasan proved the world that age is just a number. Let’s learn about his story.

Safin hails from Kanodar village in Palanpur district, Gujarat. He grew up in a very poor family. Both of his parents, Mustafa and Naseem Banu, sweat it out regularly in a small diamond unit, earning only less income and no savings. There were even tough days when Safin went to sleep on an empty stomach.
To pursue an academic career, Safin required money to fulfil his goals. His mother Naseem Banu began rolling out hundreds of rotis for local restaurants and marriage and reception halls, according to the Times of India.

When asked about his inspiration to be an IPS officer, Hasan said that one day the area DM visited their village and was guided by guards and PA. Safin who dreamt of becoming a civil servant was highly influenced by a collector’s visit to his village when he was a child. From that time, he found the long-term goal of his life.

The DM talked to people about their issues and then assured them of speedy redressal. It was when Hasan asked his neighbour how one can become a DM. He was then inspired by the authority and powers of the IAS officer and made up his mind to work hard to touch the pinnacle of success.

Hasan added that friends, teachers and even strangers whom he had no relation with supported him in tough times. According to IPS officer, his High School Principal waived the school fees of Rs. 80000/- for him. While he was preparing for UPSC Exam in the national capital, the Polra Family of Gujarat borne him for two years and also paid his coaching fees.

In his first attempt for the exam, Hasan met with a major accident. Needless to say, it didn’t stop him from writing the exam. His strong will power, determination and dedication have reaped him much-needed rewards as he became the youngest IPS Officer in his second attempt. 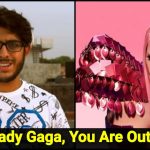 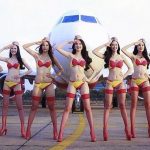