Ajaz Khan who has quite often been in news for making controversial statements has now hit the headlines once again for threatening CarryMinati. This time around, while the rest of the world is sitting at home in an attempt to fight the deadly pandemic which has claimed lakhs of lives all across the world, the actor git into some trouble for making derogatory remarks against Indian YouTuber “Ajey Nagar”.

A video, recorded by actor Ajaz Khan, went viral on social media like wildfire in which he can be seen blatantly hurling abuses at CarryMinati. CarryMinati is a youtube channel which belongs to Ajey Nagar. Ajaz Khan jumped in favour of TikTok after a war flagged between TikTok and YouTube.

The video, which is doing the rounds on social media, shows that Islamic extremist Khan is not only using extremely offensive and crude language against Ajey Nagar but openly threatening to beat him. In the video, Khan further hurled abuses at Nagar’s sister.

In the video shared by social media, Khan uses extremely crude abuses for the YouTuber. Khan says that If I ever meet him, I will teach him a lesson. It’s appalling how this radical Khan is using social media platforms with impunity to express his deep-seated hate for Indian YouTuber without fearing any repercussions.

Well, this is not the first time that Ajaz Khan has made an inflammatory statement. He has been in controversy for several wrong reasons. Last year, he was detained by Navi Mumbai’s Anti-Narcotics Cell for possession of drugs. Even in 2016, he was arrested for ‘sending obscene pictures and messages’ to a hair-stylist. 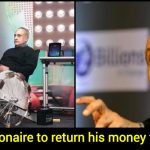 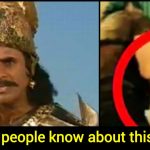