The call to boycott Chinese goods is gaining steam not just in India but outside as well, ever since Prime Minister Narendra Modi urged countrymen to promote swadeshi products and motivate others too in buying local products.

Many people have started boycotting Chinese goods after getting motivated by the “Make in India” campaign. Meanwhile, Amul, the dairy giant of India, shared a carton on the Twitter handle which called for a boycott of Chinese products. Following which, Amul’s Twitter account was blocked. However, Twitter faced public outrage on social media after it banned Amul.

Amul shared an image of the iconic Amul girl engaged in a confrontation with a red dragon. The caption on Twitter read, “Exit the dragon”. The caption is boldly written on the top of the image, while the words “Amul, made in India” can be seen on the bottom right corner.

The company shared the image with a caption saying, “About the boycott of Chinese products…”

RS Sodhi, Managing Director at Amul told Republic TV, “On Saturday, some of our users told us that the Twitter page isn’t working. We attempted all procedures and later the page was restored. We have written to Twitter but have not received any reply as of now. We do not know why was this done. Amul Butter girl comments on all trending issue, it is like news. She tells you the mood of the nation. She does not even promote the Amul products, she comments on issues around the world and she has been doing it for so many years, we don’t know why would someone file a complaint against her.”

It should not be forgotten that Amul is the largest food product organization in India, which has an annual turnover of close to USD 5.1 billion. Above all, in India, Amul is a household name. Twitter has nothing to do with Amul’s freedom of expression as an organization, within India. What does Twitter think of itself to be? How can it even think of block Amul’s handle for speaking their mind within India, on an issue of national importance, whose clarion call was first given by PM Modi himself? Amul was just promoting the campaign “Aatmanirbhar Bharat” which was recently initiated by PM Modi. Why did that affect Twitter? 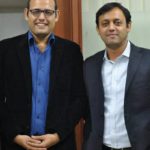 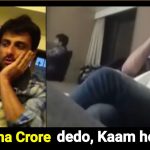