At the same time, Anand Mahindra also knows how to give a fitting reply to haters in his trademark style.

Indian businessman and chairman of the Mahindra Group gave a fitting reply to China’s decision to evacuate the citizens from India.

Meanwhile, Anand Mahindra decided to give his personal opinions on this decision and then retweeted with a comment.

“I have never seen a better occasion to apply the adjective ‘Ironic!’,” Anand Mahindra wrote on the micro-blogging platform:

The tweet received positive response from the Anand Mahindra followers as they noted the recent developments surrounding the border problems.

According to social media users, this is just the beginning of something undesirable for India because China is evacuating citizens, Nepal is raising its voice and that there are Chinese boats in Ladakh.

On the contrary, a certain section of users added that China is trying to scare everyone. 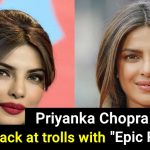 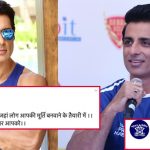