Hima Das expressed her delight after being appointed as the Ambassador. She said that she’s honoured to be picked as Unicef India’s Youth Ambassador. She hopes to inspire more children to follow their dreams.

“I’m honoured to be chosen as Unicef India’s Youth Ambassador, and I hope I will be able to inspire more children to follow their dreams,” Hima Das responded.

Hailing from Assam, Hima Das was announced by the world organisation in a tweet on Wednesday evening matching with the Children’s Day celebrated on November 14 remembering the nation’s first Prime Minister Jawaharlal Nehru’s birthday.

Hima Das has come a long way to touch the pinnacle of success. Her success didn’t come that easy. She clinched a gold medal in Women’s 4×400 metre relay event at the 2018 Asian Games. She also bagged a silver in the Women’s 400m Race event. Let’s hope that Hima Das continues to inspire many more youths of the nation.

Das faced a lot of difficulties in life at an early stage. She had to work really hard to showcase exuberance. After giving all efforts, she reaped rewards and came through with flying colours. From Assam’s rice fields to becoming India’s first world gold medallist on track, she is now an inspiration to countless Indians.

Hima Das stole the spotlight for scripting history when she successfully clinched India’s first ever track gold medal at the IAAF World Under-20 Athletics Championships in Finland. It was indeed an unforgettable moment for her and her family and for the country as well.

The incredible fight that she put up so far just goes to show that she is determined to win games. Her undisputed exuberance also reinstilled faith in women empowerment. India is a force to reckon with in Olympics and every Indian is proud of Hima Das today.

It is a tribute to have such an amazing girl in our country and she has to blossom to take the country in sports to greater heights. Apart from winning the gold at the World U-20 Championships in the earlier July, Hima had also won three medals at the Asian Games last month, including a gold medal in the 400m, where India’s golden girl broke the national record twice, becoming an overnight sensation.

Once she used to run barefoot in her village but now she has a branded shoe with her name on it. This is called ‘success’. “I used to run barefoot in my village some time back. Now, I have a branded shoe with my name on it. This year has been hectic. The Hima that was at the start of the year and now…,” she added. “Hima is Hima only. I haven’t changed. But I have less time for everything now. The pressure has increased, I have to practise more and keep performing better,” she was quoted as saying by TOI.

There are lots of expectations from a player of good calibre and Hima Das feels, “It does feel odd sometimes but people expect things when you do well. They want you to do better. Everyone wants me to get a medal in Olympics now, and that too gold. Yes, that is pressure but I tell them, you pray for me. give me your best wishes, and leave the rest to me.”

She is just 18 and is one of the youngest recipients of the Arjuna Award, which is nation’s second highest sporting honour, and in fact, she says she did not even expect to be named for it. She said, “I wasn’t expecting the Arjuna Award. I had thought I would get it in 2019. So. when I was informed. I asked if they were sure it was my name only. I asked people to send me the confirmed lists and I was shocked. Mujhe lags rumour Hoga. It’s a great honour.”

“I want to run as fast as I can. My focus is on good timings. Agar timing hai. toh hi medal aayega. So my focus remains on improving my timing as much as I can,” she adds. She also thanked media for highlighting her which sums up essential Hima Das. “I would really have to thank the media because they wrote about me, did shows about me. They made the country aware of all I did on the track. I’m sure stories of my achievements will inspire other kids too,” she added.

Hima Das is well aware that she earned a good fan base after her stellar performances so far. However, she wants to be herself and not a celebrity. “I am not a celebrity. I’m just Hima and I like to run: she says.” 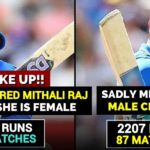 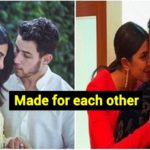