The nationwide lockdown due to coronavirus pandemic has already disturbed everyone in the country. Now, the demise of two legendary actors Rishi Kapoor and Irrfan Khan left the entire Bollywood in shock.

On 30 April, Bollywood was shocked to learn of the death of Rishi Kapoor. In less than 24 hours, Bollywood lost two great actors, back to back. Veteran actor Rishi Kapoor drew his last breath on April 30. The legendary actor was admitted to HN Reliance Hospital in Mumbai on Wednesday morning. Rishi Kapoor was fighting cancer since 2018 and was in the United States for treatment for a year.

He died at the age of 67 and his brother, Randhir Kapoor, told the reporters on Wednesday night that Rishi Kapoor was admitted to the hospital after his health started deteriorating. The actor is survived by his wife and actor Neetu Kapoor, son Ranbir Kapoor and daughter Riddhima Kapoor Sahni.

However, Rishi Kapoor’s daughter Riddhima Kapoor Sahni could not attend the funeral due to shutdown which was imposed in order to prevent further spread of COVID-19. It is said that Delhi police had provided her with movement pass so as to she could meet his father last time.

Rishi was diagnosed with deadly disease cancer in 2018 and had returned to India from New York in September last year, following his cancer treatment. He was taken to the hospital on Wednesday morning after his health began to deteriorate.

It takes 14 to 15 hours to reach Mumbai from Delhi. Though she sought special permission from Delhi Police and got a pass, she could not attend his last rites because of the shutdown. Therefore, she took the road route to Mumbai from the capital on Friday.

On Friday, she took to her Instagram stories to share that she has left for Mumbai to meet her mother, Neetu Kapoor. Sharing a video taken in her car, she wrote, “Driving home Ma. Enroute Mumbai (sic).”

Due to the ongoing lockdown, stranded people are not able to go back to their home town or villages. Riddhima saw Ranbir and the family performing the last rites on a video call. The Kapoor family, Alia Bhatt, Abhishek Bachchan and others were present during the last rites in Mumbai. 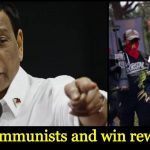 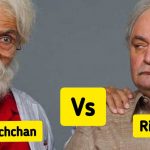