While the entire nation is under complete lockdown in order to prevent further spread of COVID-19, hordes of people gather for Friday prayer at a mosque in Murshidabad. People violated shutdown by getting together for Namaz at the mosque.

Upon receiving information about the alleged gathering at Masjid, the police reached the spot and dispersed the crowd that had reached the mosque to offer Friday prayer.

A video of the incident that is doing the rounds on social media, shows that a large number of people had come together on Friday to perform Namaz. The incident took place at Gopi Nagar masjid in Murshidabad district’s Kandi area, 200 km from Kolkata.

The police said that they were patrolling in the villages when they received information about a gathering at the Gopi Nagar mosque. A police contingent immediately rushed there and asked people to leave the place.

According to officials, the imam of the mosque was told not to hold any prayers till the lockdown was lifted or until further orders, but the crowd refused to abide by the guidelines regarding the nationwide shutdown.

According to the police, the people including senior citizens and children accumulated at the Mosque for Namaz and they were instructed to vacate the mosque and go back home. Police requested them not to gather during the closedown and asked them to contain the spread of the coronavirus disease.

Saudi Arabia, on the other hand, has imposed a 24-hour curfew in the Muslim holy cities of Mecca and Medina to prevent the spread of the COVID-19 outbreak. Mecca and Medina in Saudi Arabia are the two holiest cities in Islam that have been shutdown during the coronavirus pandemic, but people in India are adamant that they will continue to offer Namaz.

Ever since the nationwide closure has been implemented across India for 21 days, the country has witnessed several incidents of breaking lockdown rules.

Earlier, hundreds of people gathered in Karnataka’s Hubballi to offer Friday prayer. When police requested them not to gather and follow the lockdown rules, some people got agitated and hurled stones at the cops. Four (police personnel) persons were injured in the incident.

These Pakistani TV ads sparked controversy and eventually, they were all banned 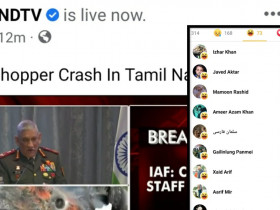