The Uttar Pradesh Police has now issued a new order to the offices and top organizations in Noida to instruct their Muslim employees to stop offering Friday prayers in public places (open areas). The issue was noticed by police stations in the previous week.

It said that companies will be held responsible if their employees are found violating the order. While BJP defended the UP Police’s order, clerics have described the move as ‘unconstitutional’. From now on, the Muslims employees have been asked to offer namaz in mosques, idgahs or also inside the premises of the company but not in open areas.

Times Now has read the copy of the order, which thoroughly instructs the administration to ask its employees not to come in numbers and offer prayers in open areas. The copy orders to control any form of religious activities as the permission from the ‘magistrate office’ regarding the same has not been granted.

Noida Senior Superintendent of Police (SSP) Ajay Pal said that a few people had asked for the permission for religious prayers in a park in Sector 58. “In spite of no permission granted by the city magistrate office, people congregated. The companies in the area were informed about it. The info is not specific to any particular religion.”

According to the reports, the companies in Noida’s Sector 58, an IT & services hub, seek to meet senior Noida police in an attempt to get clarity on the situation. Defending the authoritative instruction, the Noida cops said it was issued in the middle of concerns that communal harmony could be disrupted, particularly ahead of the 2019 Lok Sabha elections.

According to the notice issued by Police: “We want to inform you that there is no permission from the administration to conduct any kind of religious activity including Namaz offered on Friday in the Authority park in Sector 58. It has been often seen that the Muslim workers of your company assemble in the park to offer Namaz and I, the SHO, have told the group to not hold prayers in the park. Also, their plea to the city magistrate has not received any permission to do so.”

(With inputs from TimesNow) 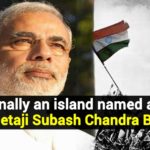 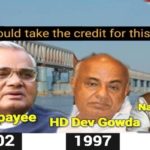