Indian athletes hit the headlines for all the right reasons and it was Rakhi Halder’s turn to steal the spotlight at the National Weightlifting Championships as she won a gold medal in the 64kg category. She showcased her mettle at weightlifting and rightly so, she deserved the medal.

Rakhi lifted 93 kg in one snatch and 117 kg in clean and jerk to clinch the gold medal with a total of 210kg. Ranked 19th in the Olympic qualifiers list, Rakhi was 10kg ahead of her closest rival Harjinder Kaur of Chandigarh.

It is worth mentioning that Rakhi’s personal best is 218 kg (95kg in snatch and 123 kg in clean and jerk) which she scored at the Qatar International Cup last year where she got hold of the bronze medal.

At the Commonwealth Championship in June 2019, Rakhi hogged the limelight when she won the yellow metal with an overall lift of 214-kg (94+120).

Other than Rakhi, another weightlifter who won gold was Mirabai Chanu.

The former weightlifting world champion surpassed her national record by two kilograms as she lifted a sum of 203 kgs to win the 49kg gold.

The 25-year-old Manipuri athlete lifted 87 kg in snatch in the second attempt and 115 kg in clean and jerk for a total of 203 kg.

After a notable performance, she is ranked fourth in world rankings behind Chinese Jiang Huihua (212kg) and Hou Zhihui (211kg) and Korean Ri Song Gum (209kg).

Mirabai Chanu registered her personal best record of 201kg at World Championship in Thailand in September last year, where she had ended up at the fourth place. 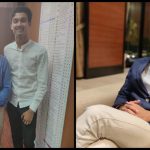 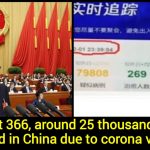