Cricket is the most-watched sport in India. Millions of fans follow the sport because they believe it’s not just a sport but a religion. India is a country where several types of games are played on a daily basis like Football, hockey, badminton, tennis and others. Out of these Cricket is the most popular game in India. Cricket is more famous than other games because you just need a bat and a ball to play the game. It is also popular among children at a large scale. Cricket is deemed as a ‘religion’ in this country. There is no doubt that it’s the most-watched sport in India.

In the last match, Indian captain Virat Kohli decided to bat first and scored 163 with the help of Rohit Sharma’s 60 off 41 balls and KL Rahul’s 45 off 33 balls. Chasing the target, New Zealand lost early three wickets in just 3.2 overs. However, Tim Seifert and Ross Taylor took control of the match and added 99 runs for the fourth wicket. Taylor scored 53 off 47 balls but could not save the match and lost the series by 5-0.

This is the first time when two consecutive matches went to super over in International cricket. The Indian team played with grit and determination, making the nation proud. Cricket fans were there to cheer the Indian players. They encouraged Indian players with slogans like “India, India”, “Bharat Mata ki Jai”. 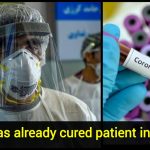 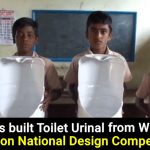